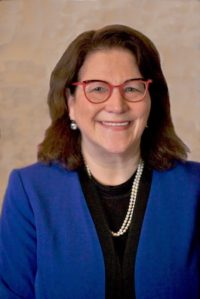 Felicia Lebewohl Rosen is an attorney practicing special education law.  She vigorously, passionately and with sensitivity represents families of children with disabilities, assuring that their legal rights are protected in the school system.  In addition, she is a certified school psychologist.  As a psychologist, she provided for the emotional and social needs of students, conducted and interpreted psychological and educational testing, and collaborated with parents, teachers and service providers. She understands how to interpret your child’s evaluations conducted by teachers, psychologists and other service providers, such as speech and language pathologists and occupational and physical therapists.

Felicia serves on the executive team of Westchester Resettlement Coalition and served as co-chair of the advisory board of JCY-WCP and on the board of trustees of the Clear View School and Bet Am Shalom Synagogue. She was a member of the UJA Special Needs Round Table and participated in the Lawyer in the Classroom Program in New Rochelle. In addition, she is actively involved in many community activities. Felicia is a member of the Westchester County Bar Association and the Council of Parents Attorneys and Advocates (COPAA).  She was a member of the Education Law Committee and the Special Education Law Subcommittee of the New York City Bar Association. Felicia is admitted to practice law before the United States Supreme Court and the United States District Courts for the Southern and Eastern Districts of New York.